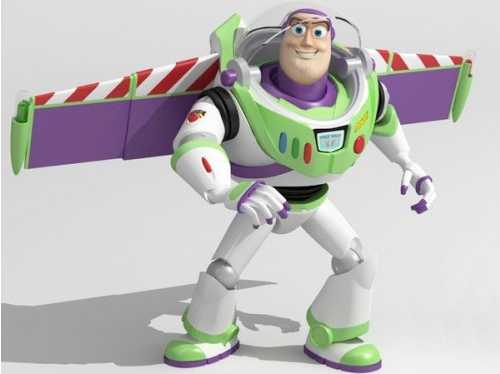 I was writing new material shaders for Pixar Renderman in the days before any of us had even mentioned TOY STORY.

Unfortunately, in those early days computers were so slow that you would get up in the middle of the night just to see how the rendering was going. Even if the computer didn’t find a syntax error there were no printers or fancy file exchanges; we just took pictures of the screen, and I am not talking digital cameras.

While the technology was not quite there, I picked up my marker pens and practised the art of mixed media rendering. The understanding of light and shape was the same for both and this had its own advantages. The difference being that where as a programmer I would study it once and capture it in code, as an artist I had to repeat the process every time.

But while Buzz Lightyear was learning to fly, technology was moving fast and I was finally using the medium to design products.

CAD was already accepted in the engineering departments and when it came to converting to 2D engineering drawings the pen plotter was a formidable machine. The problem was that the process began with designer sketches and mock up models all done in traditional manual lay ups. This bought about a new stage in the CAD revolution, reverse engineering. In order to benefit from the faster more accurate downstream processes the information had to be input into the computers. This is where the cynics of technology won points. The conversion added time to projects and there was often a loss of design intent during translation.

But I wasn’t from art college. I had no honour to defend and I had been practising using digital technology artistically for some time. I offered a process without reverse engineering. The process begins with what I termed “3D Sketching”; creating and exploring form in digital 3D. Not only does it do away with reverse engineering but also offers real advantages in the early stages of conceptual studies. As well as holding on to the real life constraints of size and scale we can explore shape, colour and texture extremely rapidly. The client portfolio grew fast.

Strangely, there are still many design companies (and I mean many) that although use CAD as a design tool still begin the process with 2D sketches. It is not for everyone to be able to envision and work in 3D but considering what the final result is meant to be, you would think it would be a pre-requisite.

Even now, that I have proven the success of my design philosophy I am still challenged for debate. The prejudice reminds me of how air-brushing was once deemed not worthy of being called art, and in some quarters still isn’t. Creativity should not be measured by the medium we choose but how successful we can be with it.

About the author – Austen Miller is Senior Partner of 3form Design